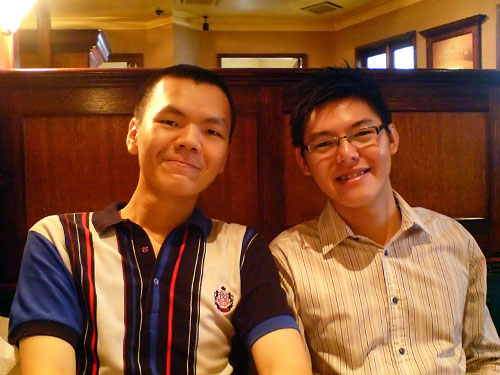 Jenn Ting and I. 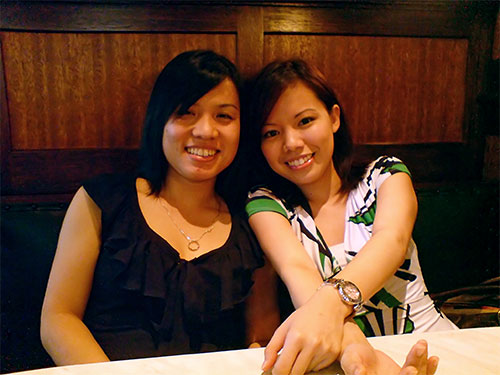 The whole journey was tough and full of obstacles. Why would I say that? Okay lets begin the story.

First of all, we were kinda short of time so I have to speed up. In the end, I have to spend 50 bucks buying coffee.

After lunch, we rushed to KLCC. While collecting the tickets, the thing I was worrying just happened. They will not tolerate for letting anyone with jeans to go in. Sophea and Jenn Ting were wearing jeans. So we have to rush to buy new pants for them and we have less than 15 minutes to do that.

At the end, only Kah Wai and I made it to the concert. And we were the last one to go into the concert hall. The concert hall was full of people already even the whole orchestra was standing by on the stage prepared to start. Everyone was staring at us because our seats were just five rows from the stage! So paiseh! Once we sat down, the lights dimmed and the concert started.

The concert was phenomenal. I would say that it was the best musical performance I’ve ever seen or heard. The quality of the performance was superb, the performers were very professional and the whole concert just blew me off.

Okay I should stop saying this already because I feel bad for Sophea and Jenn Ting as they didn’t make it. But luckily it was just RM50.

After the concert we went to Dome to have a drink. This is my hot Mocha with 2 tiny little almond biscuits and the Mega Chocolate Chip. 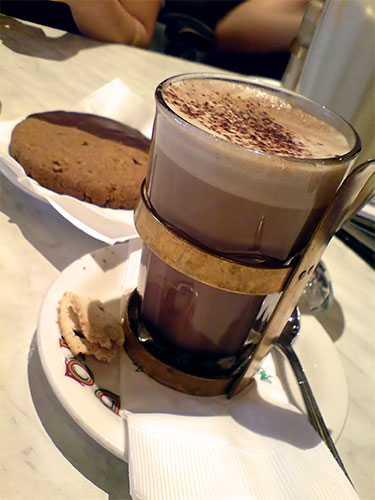 I kinda fell in love with orchestra and the following concerts in October are those I feel like going. 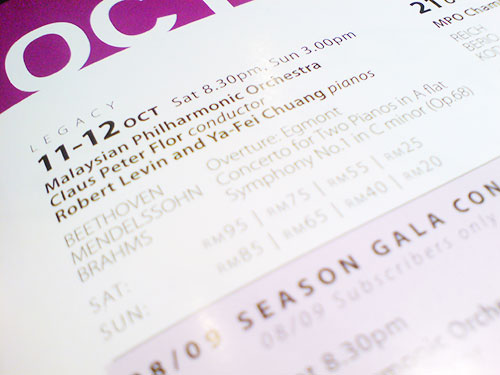 The concert at 12 October with Robert Levin and Ya-Fei Chuang, the pianists playing pieces from Beethoven and Brahms! 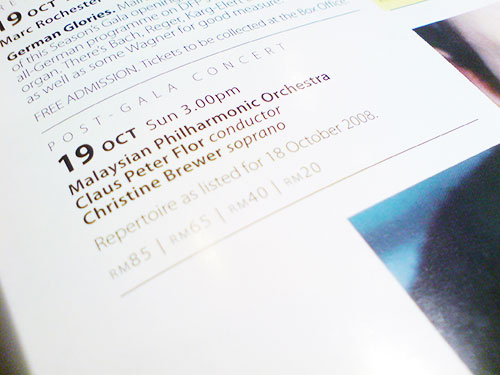 The post-gala concert at 19 Oct with Christine Brewer the soprano. 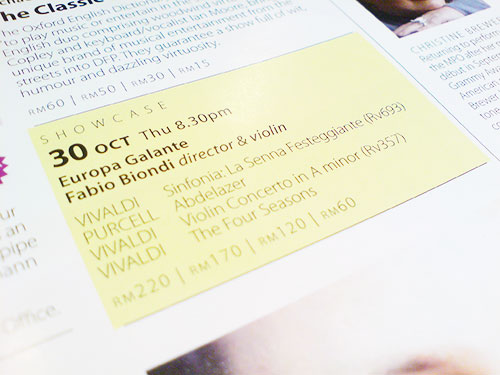 And lastly the musician Fabio Biondi playing at 30 October. Vivaldi and The Four Seasons are the reasons to die for.