Yesterday Kevin and I went to have Shabu-Shabu at Bandar Puteri Puchong. 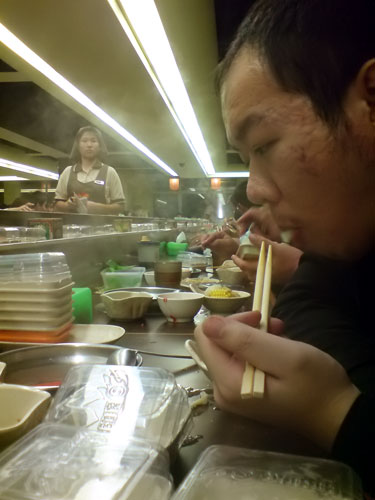 It’s basically a steamboat restaurant but the different is the food is served on the conveyor belt that keeps rotating in front of us, just like sushi restaurant. 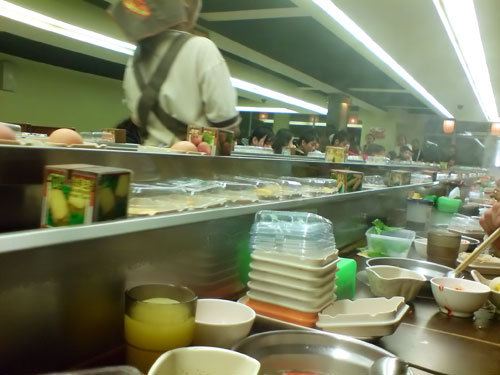 And everyone has their own personal wok in front of them. 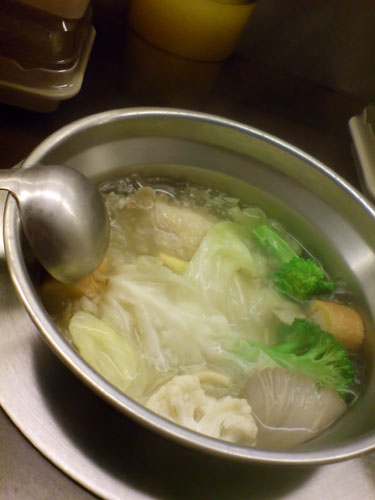 We went for the buffet style dinner where we paid RM25 each and eat as much as we want. 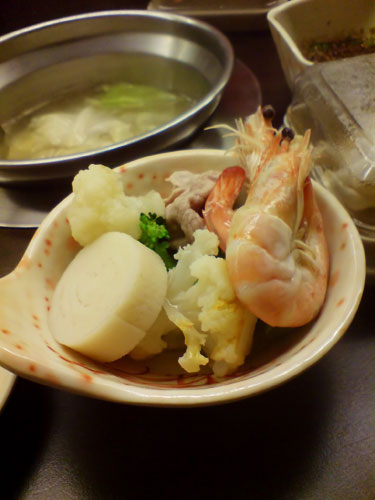 We thought everyone gets only 1 plate of pork so we didn’t ask for more. Such a waste.

And also free-flow drinks. This ice-blended drink is very nice. 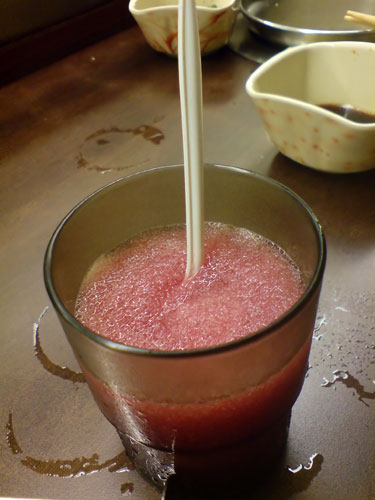 The food was nice, the price was ok and it was fun. But if you wanna go, remember to book first. 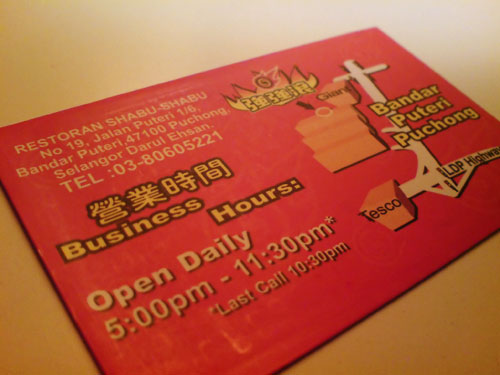