Last Saturday, four of us, from left to right, Ziyi, Kah Wai, Jenn Ting and I went to Genting to watch Kitaro’s concert. 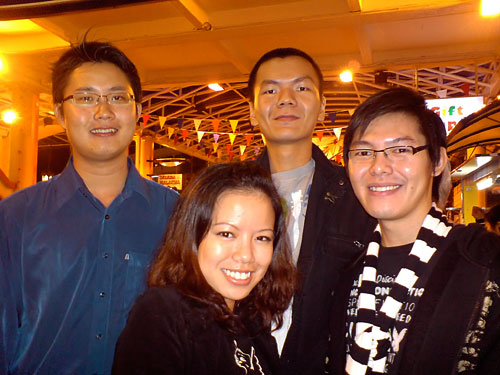 We reached there around 7 and the concert starts at 8. So we had our quick dinner at OldTown. All of us had the exact same thing, Chicken Hor Fun and warm water. 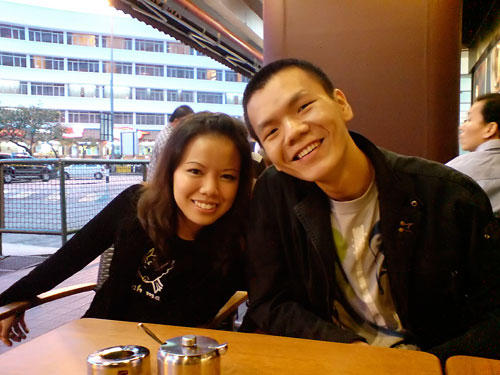 It was “people mountain people sea” at the entrance. And the weather was cold. 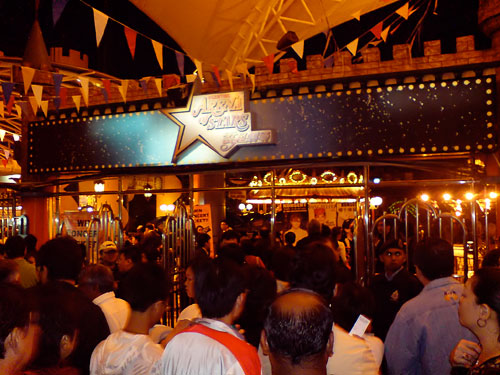 The distance from the stage was not bad. Afterall it was the music that matters. 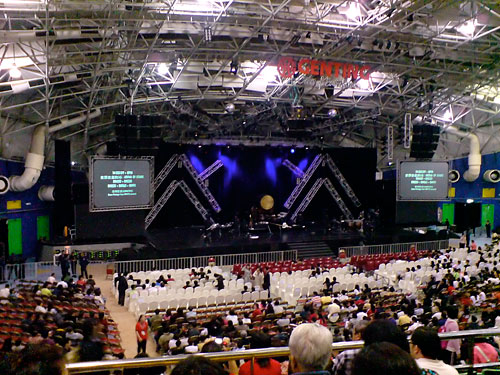 The performance was marvelous. He played a few soon-to-be-released songs and he said it was the first time the songs to be played to the public.

I was so attracted to the performances to a point that tears started to drain from my eyes. Hmmm… I’m so emotional. 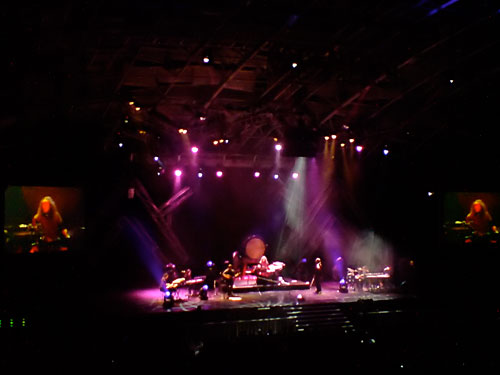 The concert ended around 11 PM. It was raining and freezing. So we went to Starbucks to have some coffee, cakes and camwhores.

Ziyi is my house mate. He was shivering in the cold because he didn’t bring any sweater or jacket. Pity him. So I lent him my scarf. 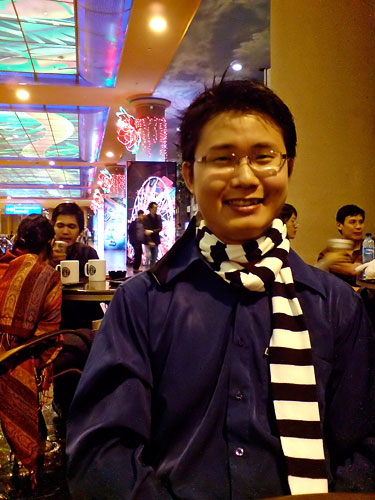 While waiting for our coffee, Jenn Ting was looking around and suddenly I said “stop, don’t move, just stay like that.” 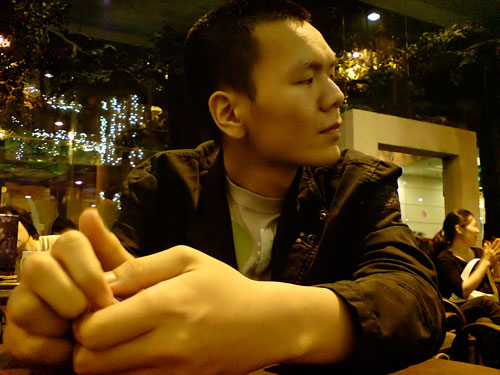 I quickly take a snapshot of him and he looks so macho in the picture. 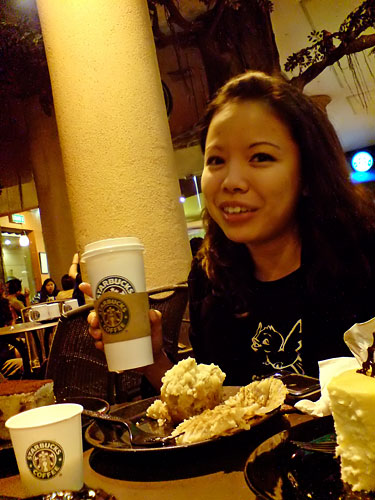 Everyone was so talkative and we sat there chit chat until midnight. 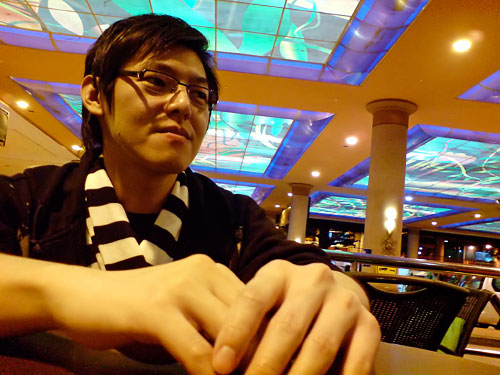 It was late and then we decided to call it a night.

We got into the car, drove out the building and suddenly Jenn Ting saw 2 aunties pushing a van. Immediately he asked Ziyi to pull off and asked everyone to go down and help.

There was an old man sitting in the driver seat while two aunties pushing from the back trying to push-start the van. Although we didn’t managed to get the van started, but at least we helped them to push the van back to the parking lot.

Seriously, if it wasn’t Jenn Ting, I don’t think we will stop the car to lend a helping hand. It’s hard to find a kind-hearted man like Jenn Ting nowadays. We should learn from him.