The spirit of 1Malaysia

Last week, I went to the newly expanded IOI Mall to watch a special performance by Sean.

It was special because I think you can only find this in Malaysia. 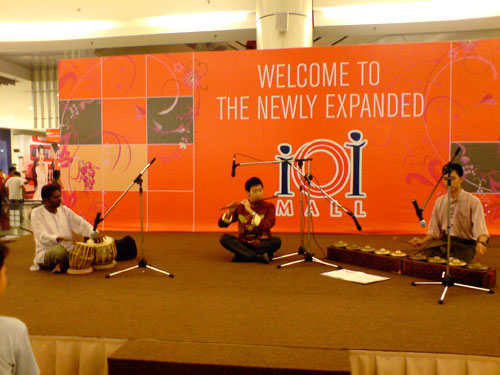 There was Sean playing the Chinese flute — dizi. 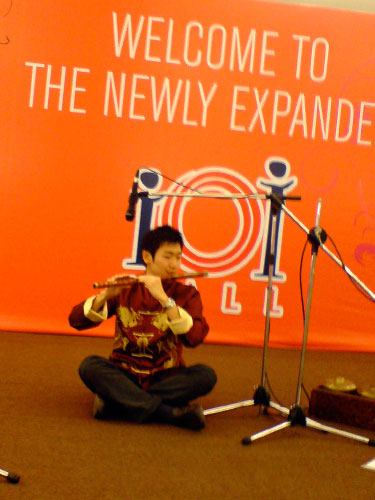 There was a Malay playing the Bonang. 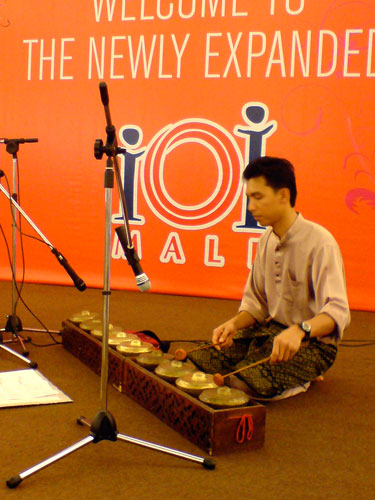 And there was an Indian playing the Tabla. 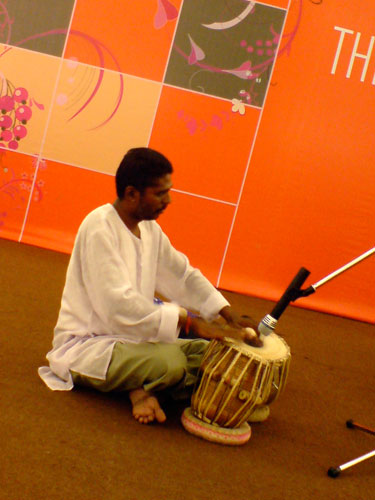 What is it like when you put 3 musicians from 3 major races in Malaysia to play songs together?

Can’t imagine? Watch the video below of them playing a Chinese folk song. Though the quality is not that good.

“Wah! very creative hor… Got Malay, got Chinese and got Indian… truly 1Malaysia…” said Stranger A.

“Hmmm… never thought that it could work out that well…” said Stranger B.

A kid asked his daddy “why only the Chinese wearing shoes one?” and the daddy didn’t know how to answer his son.

Bravo to the management of IOI Mall to be able to come up with the idea.

But too bad it was in such a rush that all three musicians met for the first time few hours before the performance.

Without  prior practice and rehersal, I would say that they have done a great job.