Nothing to write so I’ll post pictures of food.

Let’s start with me camwhoring while waiting for the food to be served. 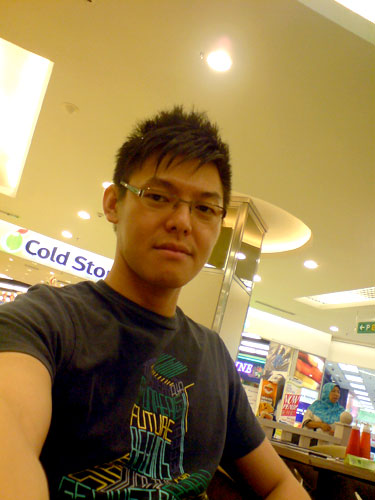 OBK, who has just bought a new car. 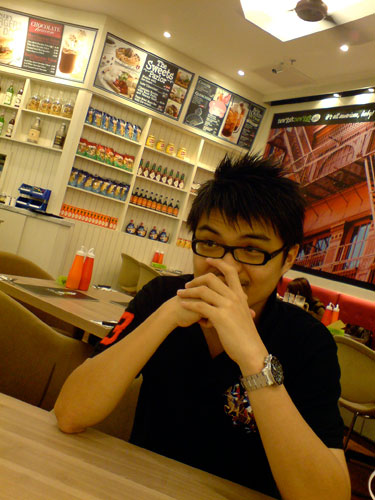 And Kah Wai, who has been answering work calls all day long on a Sunday. 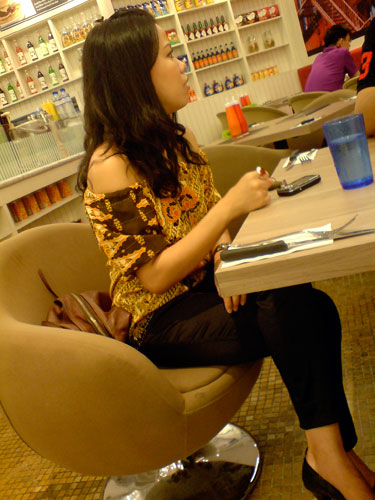 The chair is really really comfortable.

I ordered the beef burger with ham. OBK ordered something very similar except without the ham. 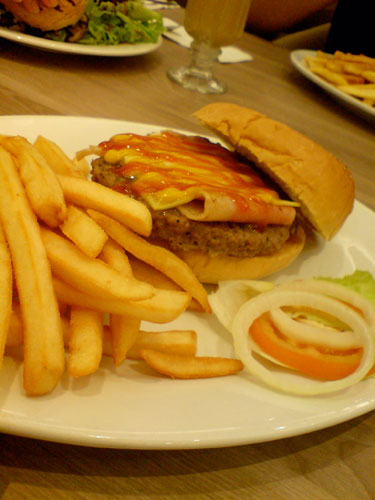 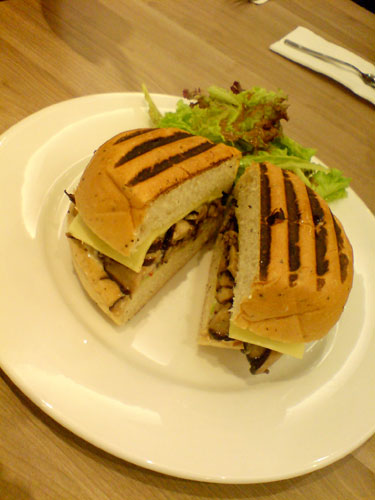 My mango juice. Not really juice, more like ice-blended. Good. 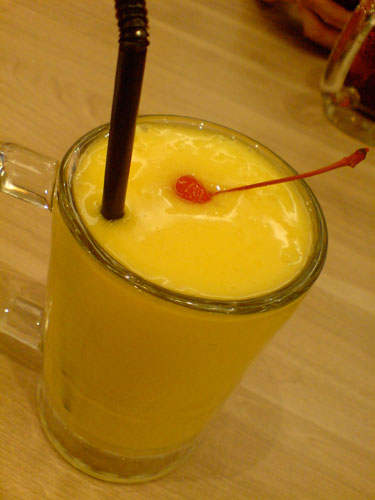 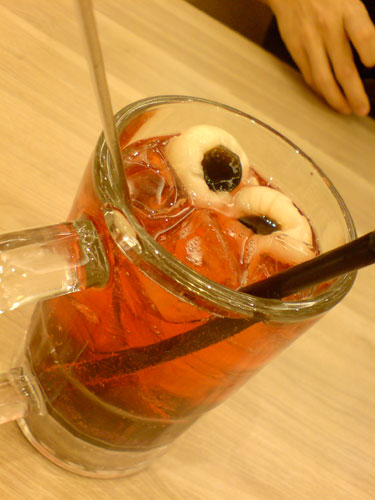