Early September, few weeks before Hari Raya, I got a summon from a traffic police at KL.

I was driving from Pudu heading towards Sungai Wang. I reached the Kampung Pandan Roundabout and took a 9 o’clock turning into Jalan Kampung Pandan.

Unfortunately, right after I turned into that road, a traffic police stopped me and directed me to stop by the road side. 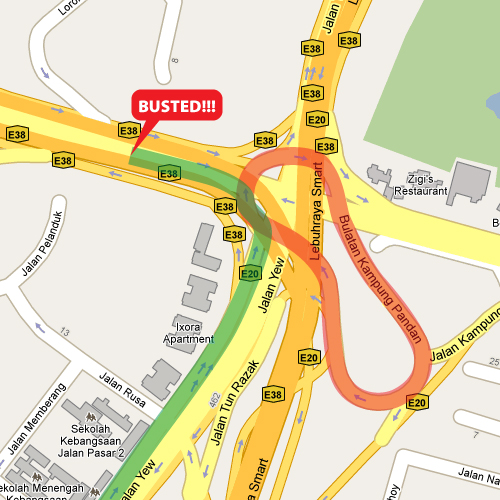 I parked my car and rolled down the window. The police officer walked slowly towards me.

(The following conversation was originally in Malay)

I handed over both my I.C. and license and waited.

Police: “Do you know what is your offends?”

Police: “That’s the thing. You have to be careful. Have you read yesterday’s newspaper?”

Police: “Do you know Ops Sikap Operation has started?”

I was thinking what the hell is Ops Sikap?

Police: “Normally you have to pay RM300 compound. But during Ops Sikap, the compound will go to maximum. So how?”

Me: “Since I was wrong, never mind lah, I’ll take the summon.”

Police: “What?! You want summon? Are you sure? Because normally people don’t want summon you know?”

The police officer seemed a bit shocked and disappointed. He went back to his motorbike and came back with a summon 10 minutes later. 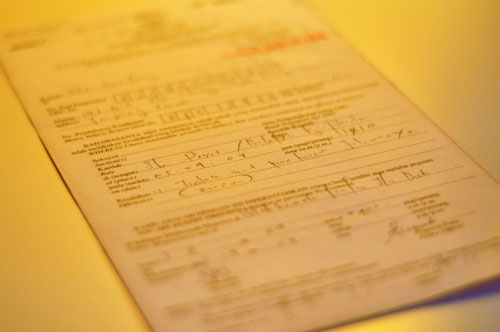 I took the summon and drove off. Then I started to regret.

It sounds ridiculous but that was the only thing on my mind after I drove off.

Okay you might ask why I did not bribe him. I could have just pay him RM50 instead of RM300 compound.

But you know what, I would rather pay RM300 to the government than RM50 to him as his duit raya.

Hiding at a corner preying and waiting for people to fell into his trap especially weeks before Hari Raya is just so sick. I didn’t want him to get what he wanted.

I didn’t follow the traffic rules (although there was really no signage at that roundabout) and I’m willing to pay the price.

So until yesterday, I went to the Puchong Police Station to settle the summon. 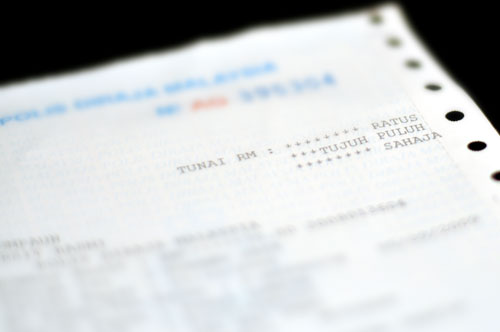 I felt so happy and relieved at the same time. Luckily I did not pay that police RM50.