It was kind of a good experience. So when I heard about this Singapore Marathon back in July 2009, I thought it would be great to be able to run and at the same time, visit Singapore. One stone two birds. Good plan.

I trained quite hard 2 months before the marathon. But too bad when the marathon was one month away, my gym membership expired.

I decided not to renew because the gym increased the price. So all my trainings gone down the drain just like that.

The big day finally came. Three of us — Ted, Sophea and I — went down to Singapore happily, and doubtfully.

On the race day, we woke up at 5AM, got ourself prepared, had some bread and took the MRT to the venue.

The Singapore Marathon had so many participants they had to divide men and women to run separately. Men will be running at 7:45AM while women at 8:30AM.

When the time reached 7:45AM, the race started. 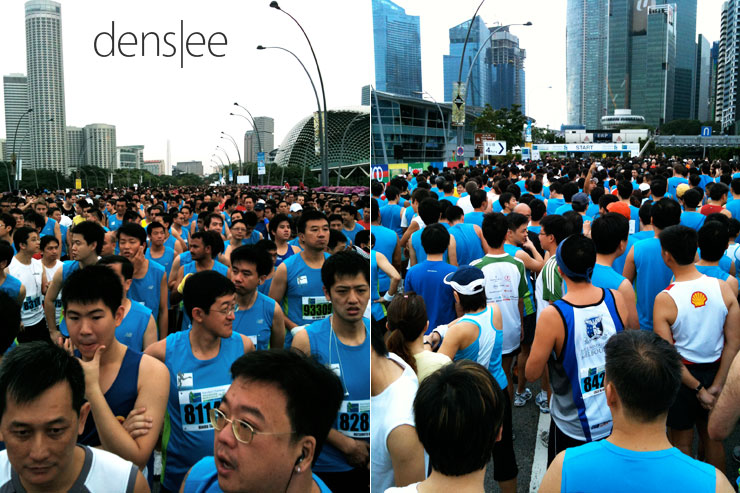 Initially it was easy, the routes were mostly flat and there were many sceneries and skyscrapers to look at.

However, there came an incline bridge at around 5km. I guess it was at least 500 metres long. Sweat…

Bad thing happened when I reached around 6km. My right knee started to feel pain. I had to slow down.

Maybe it was because lack of training, or maybe because I didn’t warm up properly. 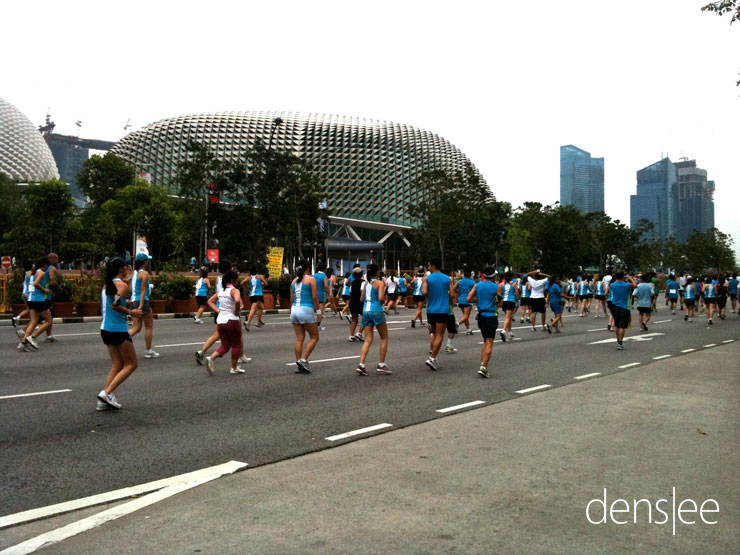 The pain became worst when I reached 8km. I was practically “running” at a walking speed.

But I told myself that I cannot stop and I’ve got no choice but to finish the race even if I broke my leg.

Ok lah not bad also right? Despite my knee pain, I was still able to finish 10km within 1 hour and 30 minutes. 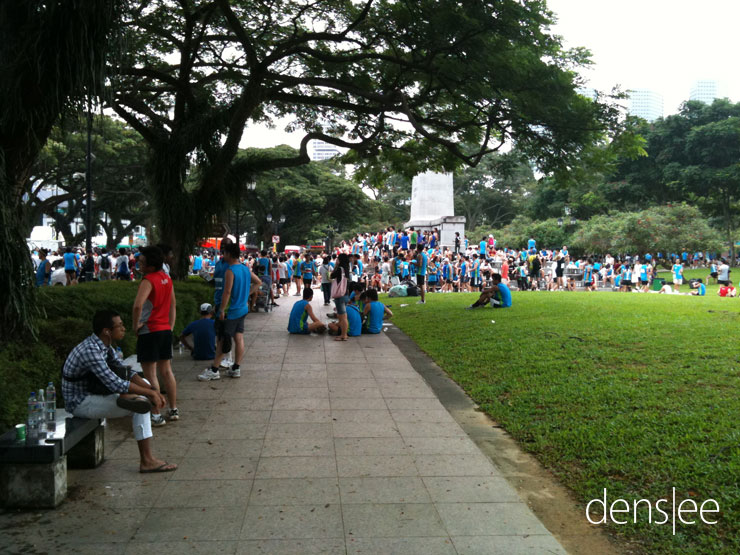 The Singapore Marathon was so different from KL Marathon. The whole event was very well organised. Things were really well thought and planned. It was no doubt a very good running experience.

It seems like both Ted and Sophea talked about the next run and ended their posts with a question mark.

Ok lah for the sake of consistency, I’ll do it too.

KL Marathon 2010 is coming soon. Hmmm… well… do we actually have to think about next run so soon!!!??? My knee still pain leh. You all ok already meh?

More pictures of my Singapore trip on my Facebook album.