I was going through August Man Magazine recently and I came across something interesting. 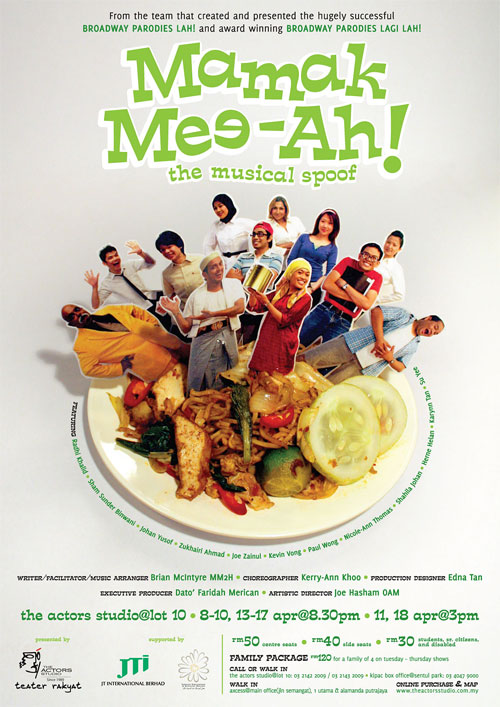 After seeing the musical Mamma Mia! myself, the name Mamak Mee-Ah! surely caught my attention.

The blurb from the poster sounds funny too.

This local musical production is written by Brian McIntyre MM2H, an Ang Moh (Mat Salleh) who has been living in Malaysia for 20 years.

The musical will be showing some familiar tunes with some spoofed lyrics mixed with Malaysian culture, characters and icons, rojakally.

So I suppose I have to go to the Box Office and order “Boss! Mamak Mee-Ah satu!”.

More information can be found on The Actors Studio’s website.