It used to be my favourite Korean BBQ restaurant — Dae Jung Gum — until it closed down few months ago.

They reopened the restaurant few weeks ago with new boss, new interior design and new menus! But all the workers remained the same.

The bosses are 2 sisters who came from Korea. One of the them is a famous chef who used to host a cooking TV show in Korea.

With much anticipation after hearing all the stories from the waiter, we can’t wait to tryout the new menus.

We ordered 2 sets of pork. The waiter grills the meat in front of us, just like last time.

When done, we quickly put the meat in our mouth and chew.

OMFG!!! It was so juicy! The meat was so soft and tender! The spice goes deep into the meat and the whole thing tastes just like heaven.

Look at Kevin in the picture, sure you can tell how good the meat was. 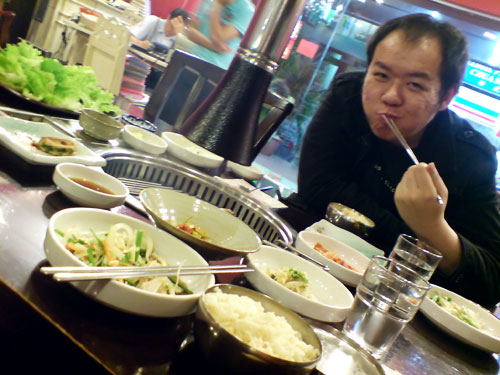 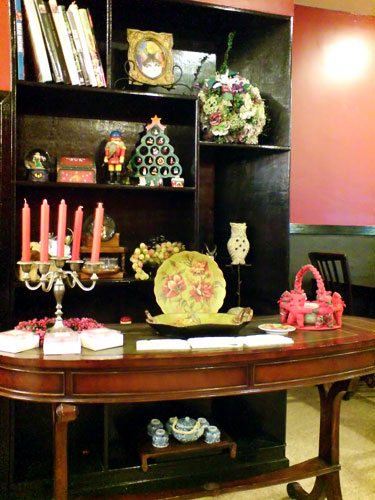 With all the European style decorations, it feels more like a place for tea, cakes and cookies rather than Korean BBQ. 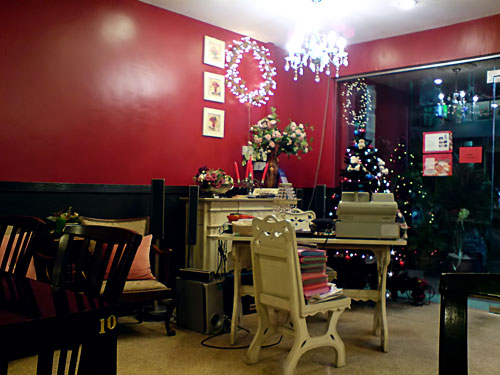 The bosses were very nice and polite they even came to greet us and ask how was the food.

And they gave us complimentary meat roll. Tastes great. 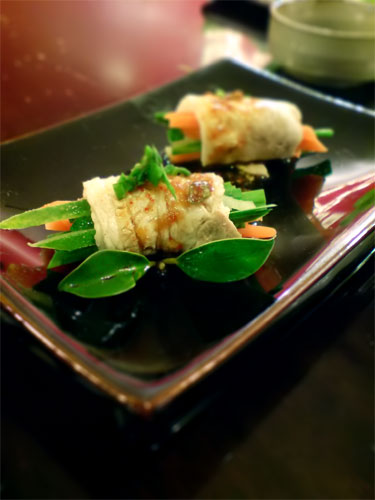 And complimentary slice of egg on cucumber. Tastes fantastic. 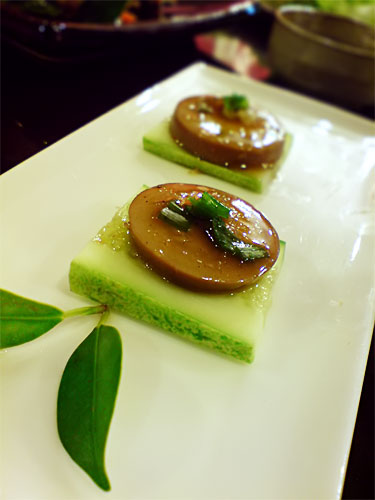 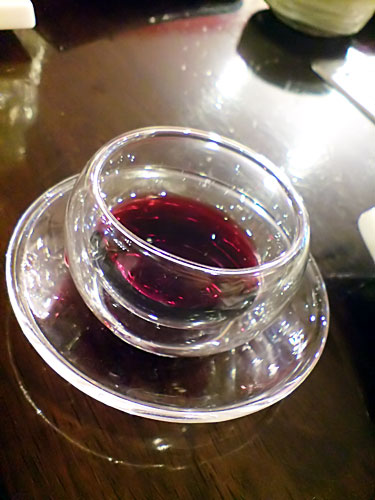 Although the price has been increased and minimum order is 2 sets of meat, but the taste and services are just superb.

Can’t go there too often now compare to last time, but for sure it will be on top of the list when it comes to Korean BBQ restaurant. 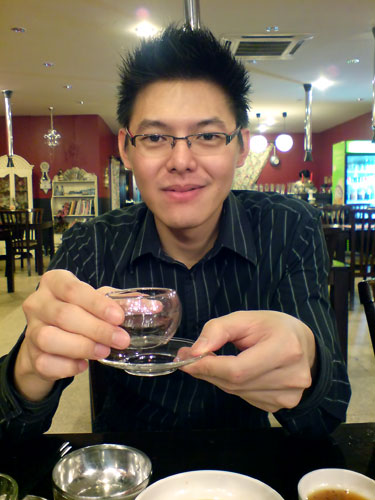