Puteri Gunung Ledang the Musical Season III will be showing at Istana Budaya from 6 to 21 February 2009. 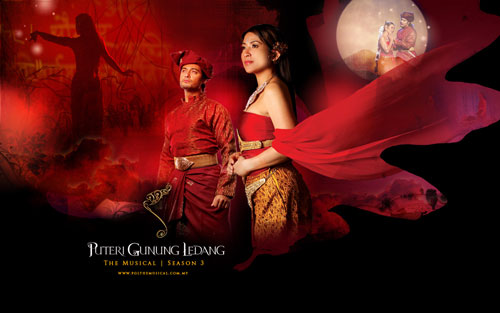 Although I do not have much expectations for local musical production, but since I’ve missed the first two seasons and I’ve heard much about Tiara Jacqueline, so I’m going to watch it next month. Who’s interested?

P/S: Check out some pictures gallery at the official website www.pglthemusical.com.my or check out the ticketing details at www.axcess.com.my.

Update: I didn’t go because the tickets were sold out.