Due to my ignorance over the Chinese New Year, tickets for Puteri Gunung Ledang the Musical have been sold out, with some tickets during some odd hours like 3PM on a weekday left. Kind of disappointed.

Well never mind, I was kind of struggling which one to attend, Puteri Gunung Ledang or Kitaro? But now it seems like I have no choice but to go for Kitaro. 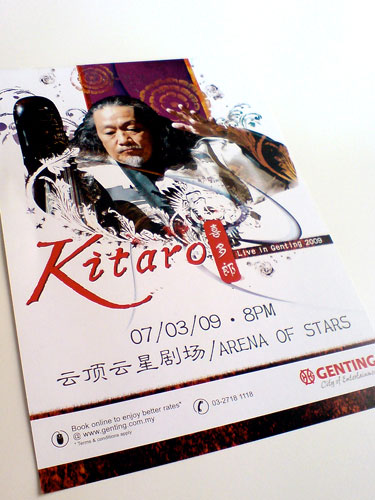 Initially, I was planning to go for tickets priced at RM173. So I went to enquire about the ticketing status at the ticketing counter a few days ago and I was told RM173 tickets already sold out.

Shit! How could this happen to me?! Without much hesitations, I called my friends to get their confirmation and bought the tickets at RM113 with 20% early bird discount.

Although it’s quite far from the stage, but never mind, as long as I’m there seeing it live. Besides, it’s not like some boy band concert where you need to see their faces up close. In fact, it’s about the music. 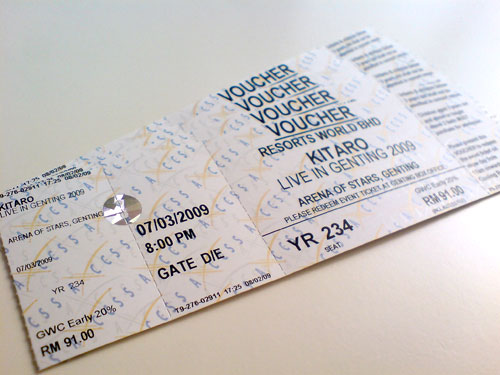 The concert is at 7th of March, one more month to go. Can’t wait.