Last week, Kevin and I went to Shogun at Sunway Pyramid to celebrate my early birthday.

First time visiting Shogun. Not bad I would say.

Plenty of food varieties and they all taste not bad. 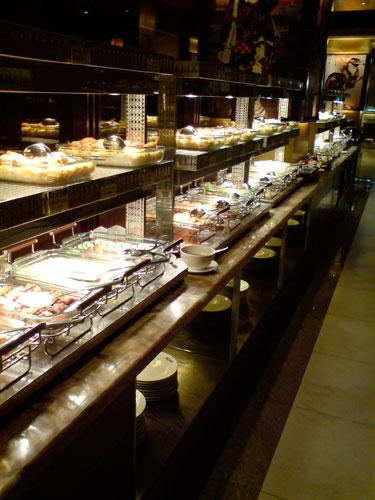 But the desserts are less satisfying. Nothing special.

I took a lot of prawns but they were not that fresh. 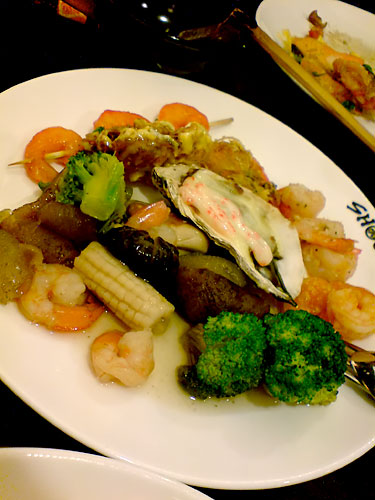 It’s a Japanese buffet restaurant in case you don’t know. So Sushi is a must. 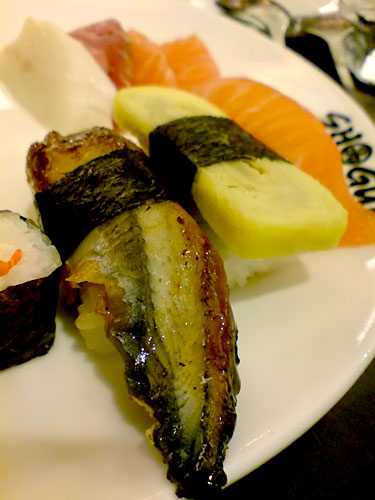 However, they serve Kimchi as well. Hmmm… fusion… 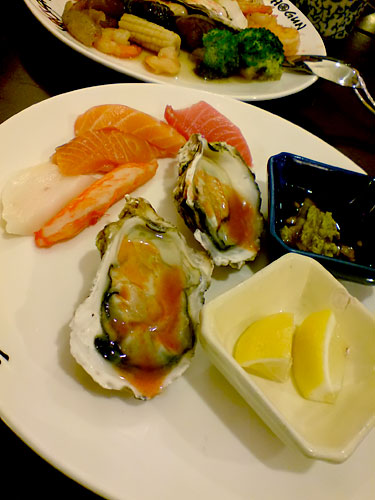 According to Kevin, the branch at 1U doesn’t serve steamboat. The steamboat is really nice. Loved the soup. 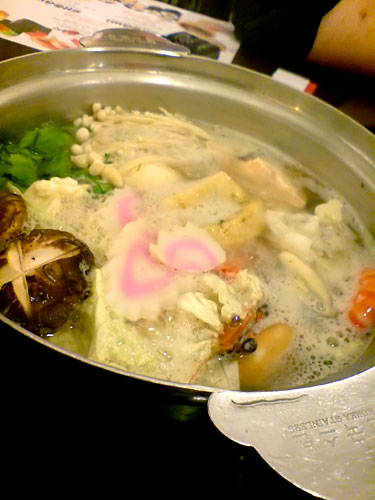 Each of us get one baby lobster with cheese. Tastes very nice.

After we finish, the waiter forgot we already had ours, so he gave us 2 more lobsters. Yay! 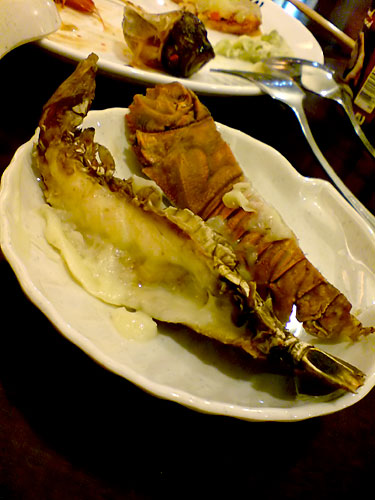 The price was around RM66 per person.

Nowadays, I will be full very easily. For what I had that day, I don’t think it costs that much lor.

I guess part of the price was paid for the joy of seeing so many foods lying before our eyes.