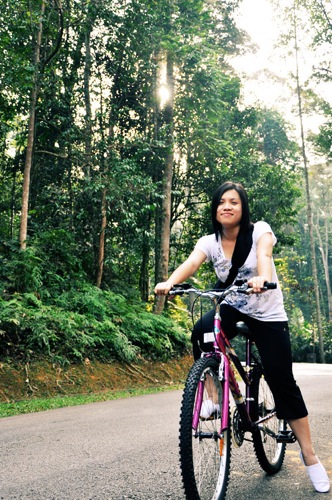 We gathered and headed to Shah Alam.

First stop, breakfast. We couldn’t find any McD on the way so ended up having KFC breakfast. 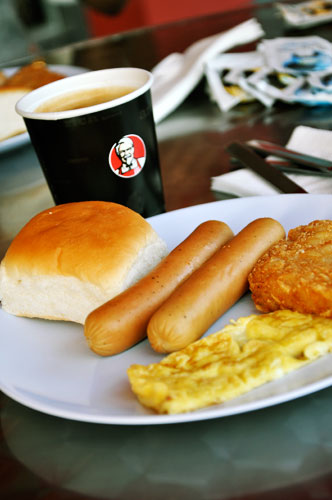 We reached there around 8:40AM and to our surprise, there were so many people already. 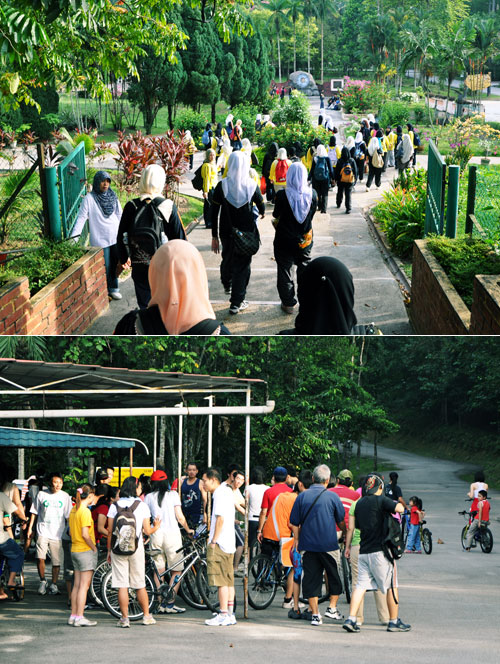 Without delay, we quickly rent our bikes and hit the road right away. 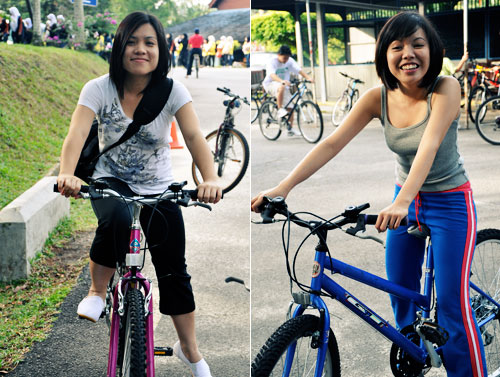 The park is very big and it has a lot of interesting stops. 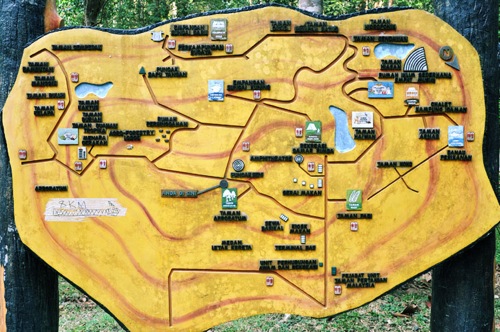 We decided to explore the whole park starting from the left side. 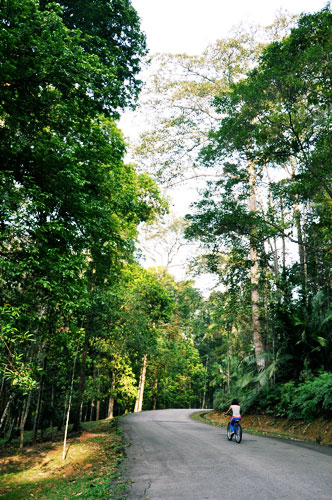 After around 20 minutes of cycling, I saw a sign board that reads,

Your visit to this park is not complete if you do not climb the stairs of the Cherakah Tower. 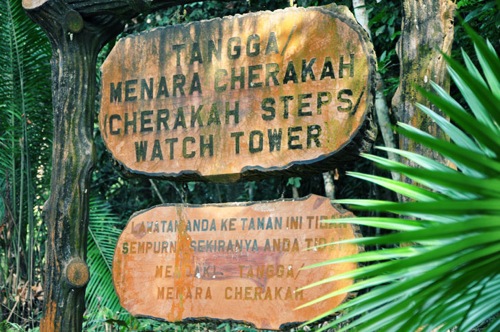 So we climbed the stairs to get to the top of a small hill to find the Celaka Cherakah Tower. 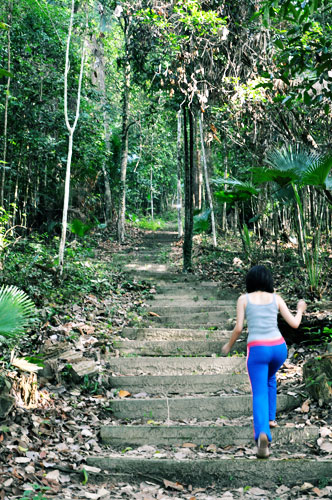 The stairs was so damn high. By the time we reached the tower, we were all sweating like crazy. 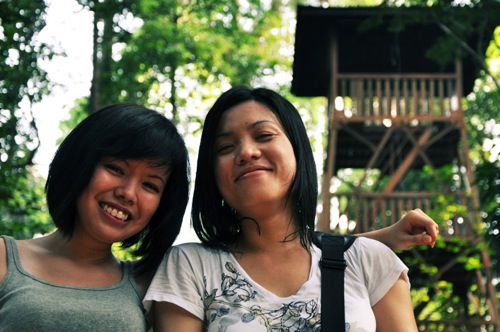 The tower was rusty and it has nothing much to see up there, so we did not go up.

We came down, and continued our journey.

When we finished exploring the left side, I suggested to take a road that cuts through the park which will eventually leads us to the other side of the park.

We couldn’t ride any more but to push the bikes. It was the hardest part of all. Very tiring and exhausting. 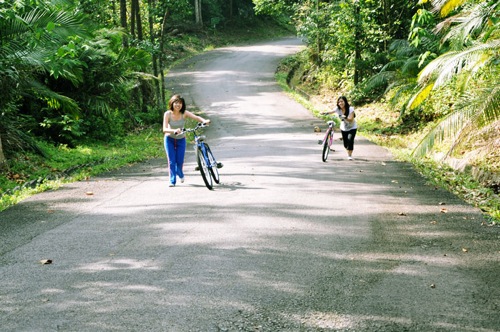 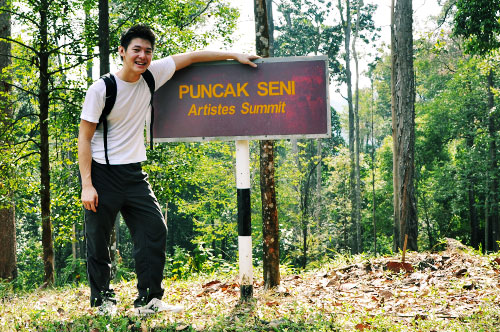 Going down the hill was the best part. We need almost no effort to cycle and we can enjoy the speed and cooling breeze.

Next stop, the Animal Farm. It was quite a long stay as we were looking at animals like ostrich, horse, parrot, rabbit and many more. 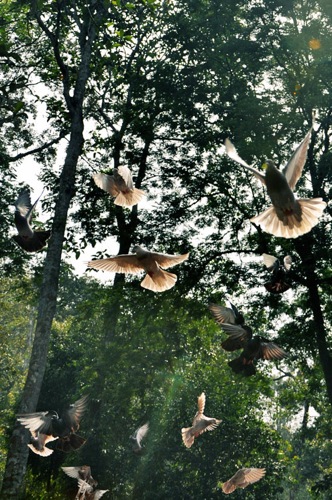 Then we headed to the Four Seasons House. We had to pay additional RM3 to go in. 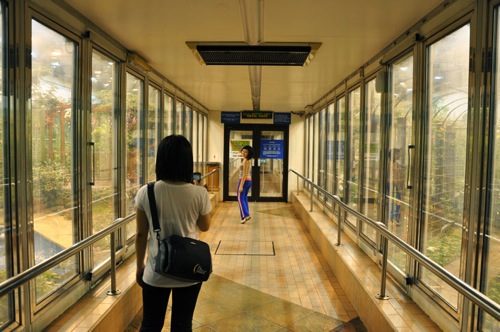 The current season is summer and the temperature inside is 15°C–20°C. 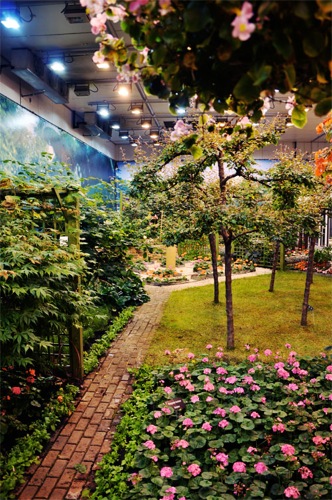 The view was very beautiful but we were not allowed to step into the garden. 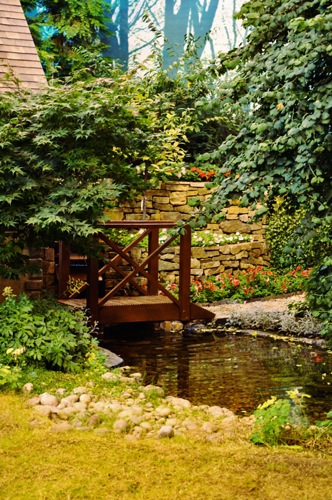 It was almost noon when we left the Four Seasons House.

So we headed to our last stop which is a lake-facing-3-stories-tower. 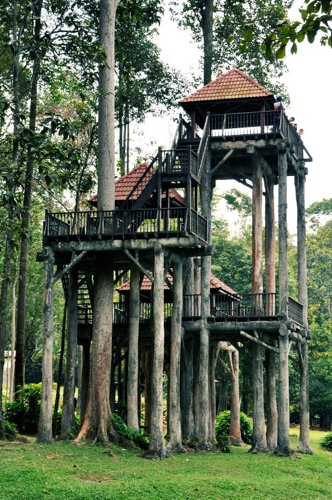 We climbed to the highest platform and then we thought, “why not we have our picnic here?”

So we took out the sandwiches and salad we prepared the day before and started eating like crazy. 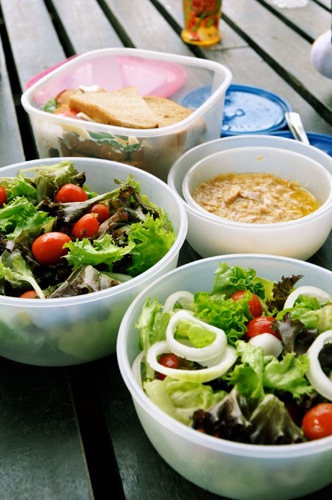 The food tasted extra nice. Maybe because of the surrounding or maybe we were just too hungry.

We finished the food, we packed and we cycled back to where we started. 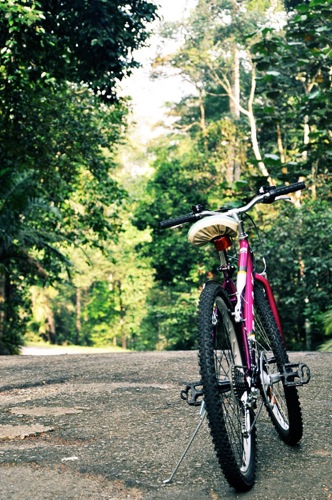 The trip was really fun and exciting.

Definitely will go back there one more time to experience the Skytrex Adventure.

P/S: My calves and ass still pain until now.

Update: Watch the video of this trip.