This morning I went hiking at Broga Hill, Semenyih with How Zen and his brother.

I’ve heard so much about this hill all over the blogsphere and facebook but this is the first time I step my foot on the hill. 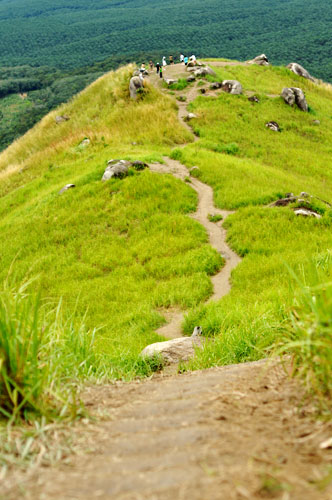 We reached the bottom of the hill — which is a palm oil farm — around 9.30 AM and there were so many people already (picture below was taken after we came down). 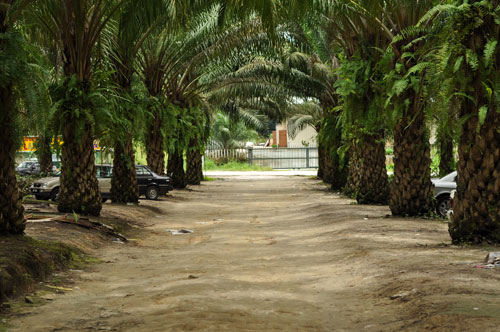 We grabbed our cameras and started the journey. 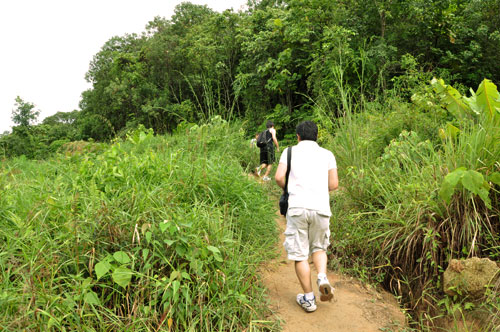 When we were going up, many people already coming down.

Along the way, we saw a lot of people bringing their dogs to hike. Should be some pets club or something. 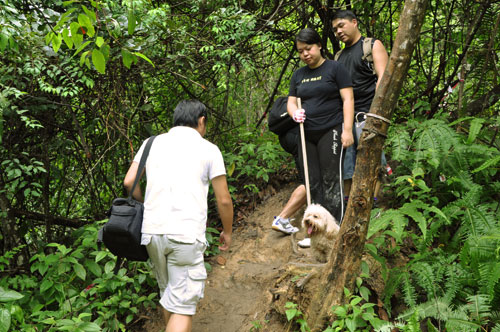 The journey was harder then I thought. Exhausted and sweat like crazy. 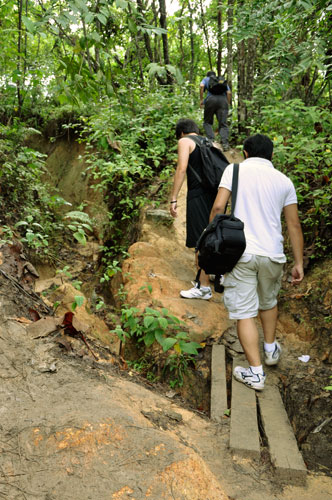 We took around 30 minutes to pass through the forest. 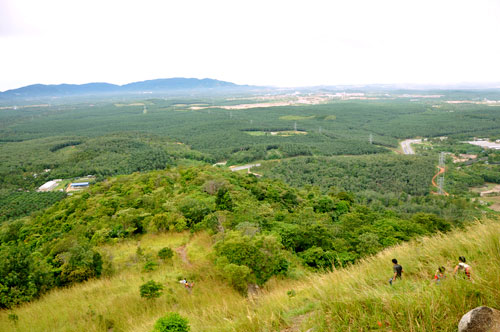 We were rewarded with a spectacular view already even when we have not reach the peak yet. 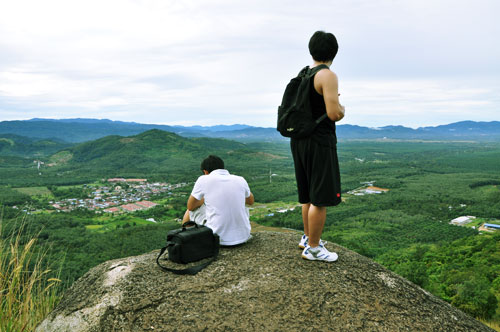 We stopped for awhile to take pictures while cooling ourself down. Then we continued our journey. 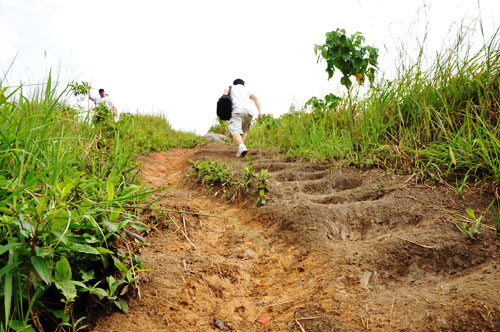 And finally we reached the first peak. 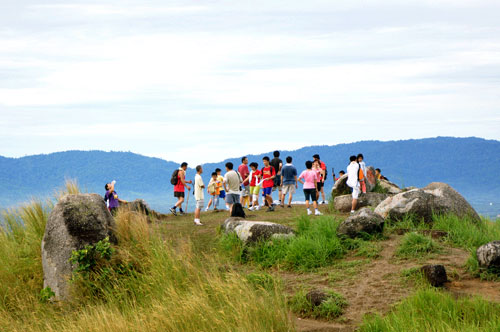 From the first peak, we then continue to climb to the second peak. 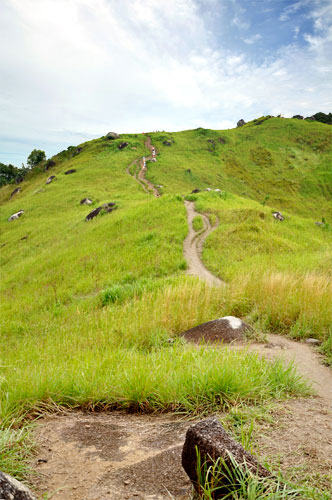 We reached the second peak and started taking pictures here and there.

We didn’t continue to the third peak because it seems nothing much up there. 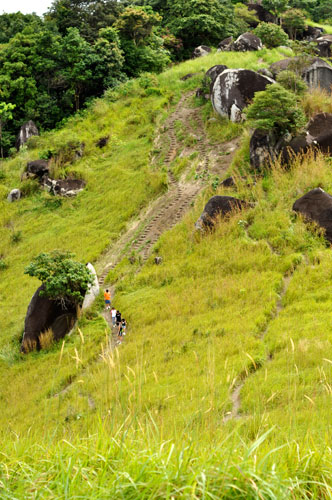 It was a cloudy morning so when the cool wind blows it was really refreshing.

I was expecting to see a lot of twitch grass up there but it seems like the season was over. So there were not much left. 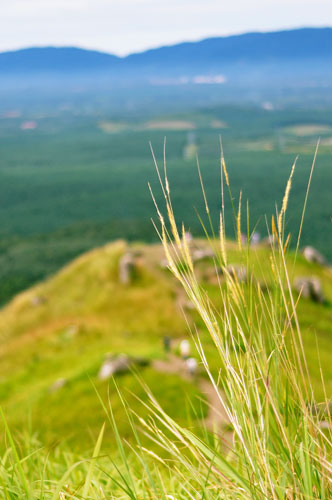 We spent like an hour up there before we came down.

Coming down was so so easy because all we need to to is just slide down the sloop all the way to the bottom of the hill. 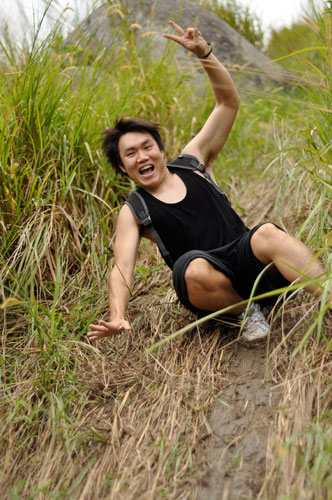 Just joking lah. Sliding down was just a small sloop. We still need to climb down the hill and pass through the forest. 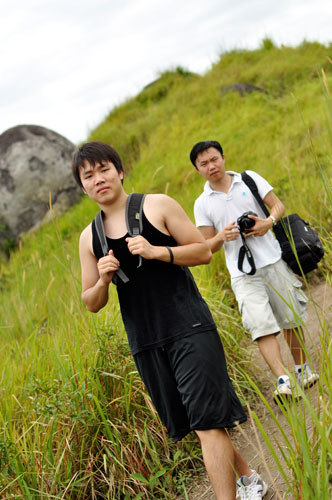 But going down took only half the time and required less effort.

This is the first time I hike to a bold hill where only grasses and rocks can be seen up there.

The trip was quite fun and eye opening.

And after all the sweat, what could be better than a bowl of icy-cold cendol? 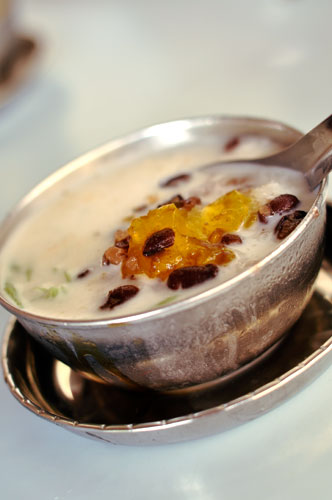