I shot a bear

I shot a bear. Not a real bear but a big, soft and fluffy teddy bear.

In order to learn how to use the new Nikon Speedlight SB-900, I did some quick setup in the living room and shot some pictures of a teddy bear I borrowed from Kevin. 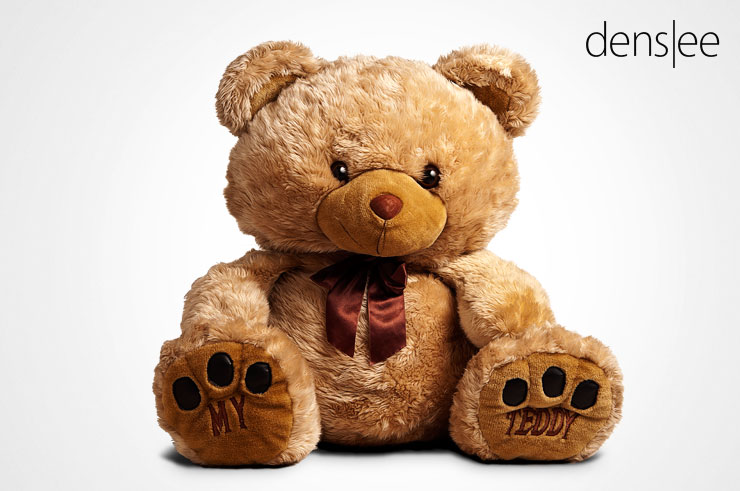 It was my first time shooting with a remote speedlight through an umbrella. My setup was fairly simple and classic — white background, speedlight on the right and a reflector on the left.

First few shots were all failures as I have no idea how to make use of a remote speedlight. After experimenting for while, things started to become clear.

I then started to experiment with different lighting. First I took a few shots without the umbrella just to see what’s the outcome.

Like what I’ve expected, direct speedlight produced harsh shadows which is not what I wanted.

After that, I put on the shoot-through umbrella and tried position the speedlight from different directions.

I then pushed the speedlight a little bit further to approximately 22 degrees from the subject and suddenly the shadow between the hair gave the teddy bear more contrast, depth and textures as you can see from the picture below.

I settled with this picture and brought it into Photoshop for post processing. After background removal, colour balance, level adjustment, increase contrast and some other touch-ups, I finally have my final image.

I’ve learned a lot during the process especially in setting the background. Firstly, using a cloth as the background produced a lot of unwanted shadow which makes it difficult to remove it in post. Secondly, I should’ve used another reflector to lighten up the background so that shadows can be reduced.

It’s not perfect but I think I’m happy with what I got from my first attempt at flash photography.