It was my luckiest day ever. I got a brand new iPhone 4, for free! 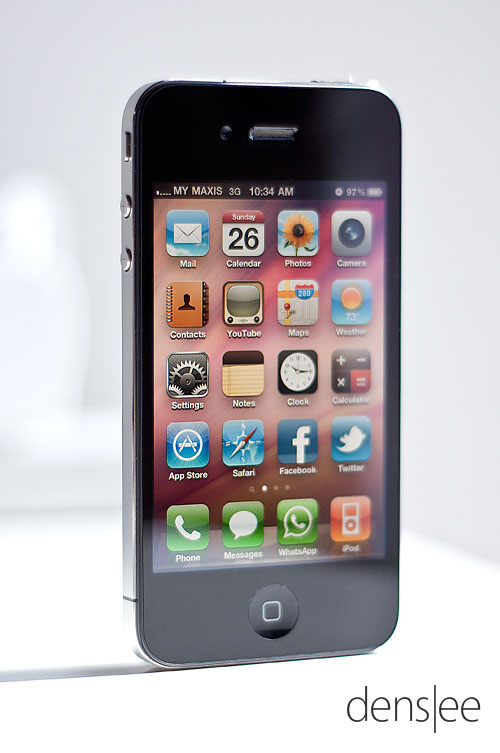 I got it from the Maxis iPhone 4 Launch Event VIP Party lucky draw on the 24th September 2010. 24 iPhone 4’s were given out and I happened to be one of the lucky 24. 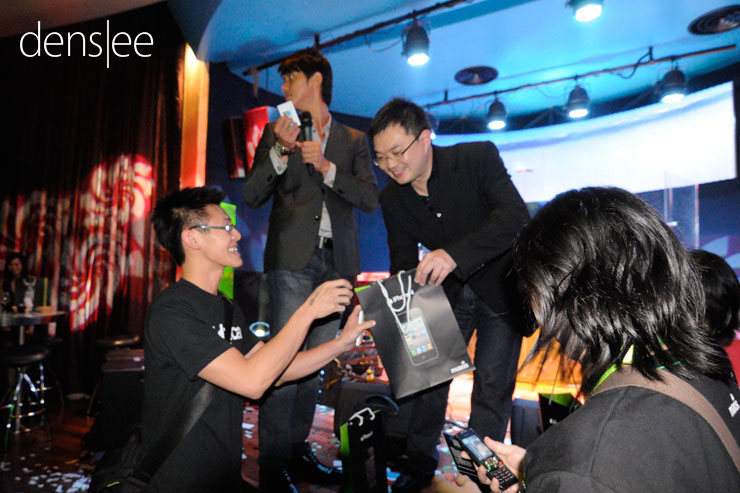 C’mon guys, it’s my first ever lucky draw prize in my entire 27 years of life. I guess fate was finally bored of playing my life for 27 years so it gave me the iPhone to make it up to it.

Okay, how did I managed to get the iPhone 4 you ask, now here’s the story.

One day before Maxis launches iPhone 4, the desire of getting one suddenly comes all over me.

I decided to sell my old iPhone 3GS for RM1350 and top up a few hundred ringgit to get a new one. So I quickly snapped a few pictures of my iPhone 3GS and posted it on Low Yat Forum. 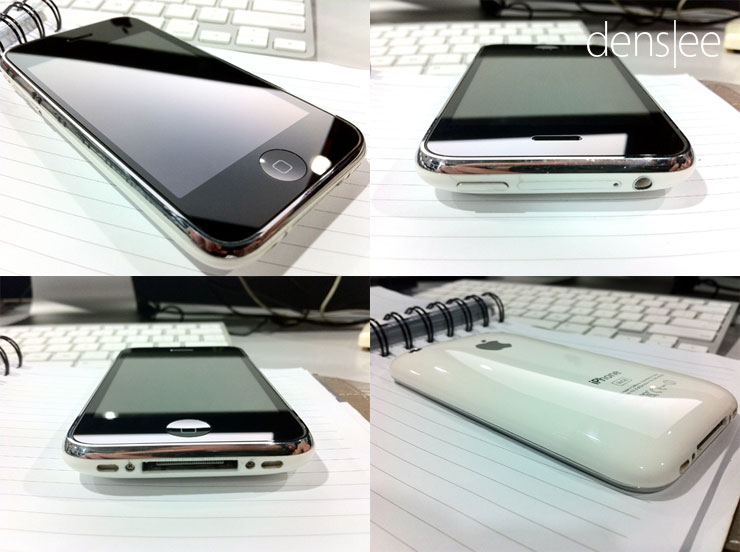 The response was overwhelming. In less than 10 minutes, a guy already decided to buy it from me for RM1300. However, that guy didn’t kept his words and decided to call off the deal later.

Okay never mind, I decided to get the new iPhone 4 first knowingly the demand for iPhone 3GS was still there.

I call Ted and ask him to go to the Maxis Launch Event together with me. And we were surprised to found out that the queue was ridiculously long.

To top that off, the Maxis staffs told me that the event is only for customers who have already made their reservation. There’s no way I can get one on the spot.

Disappointed and helpless. Until Swee Ping, a colleague of mine texted me asking me if I want to go to the Maxis Launch VIP Party at Gsix the Gardens.

I thought “why not?”. So we registered ourself, dropped our name cards and went in to the VIP Party.

It was completely a different scene from the registration hall downstairs. Packed with nicely dressed people from Dato/Datin to executives/media plus free flow drinks from beer to wine. 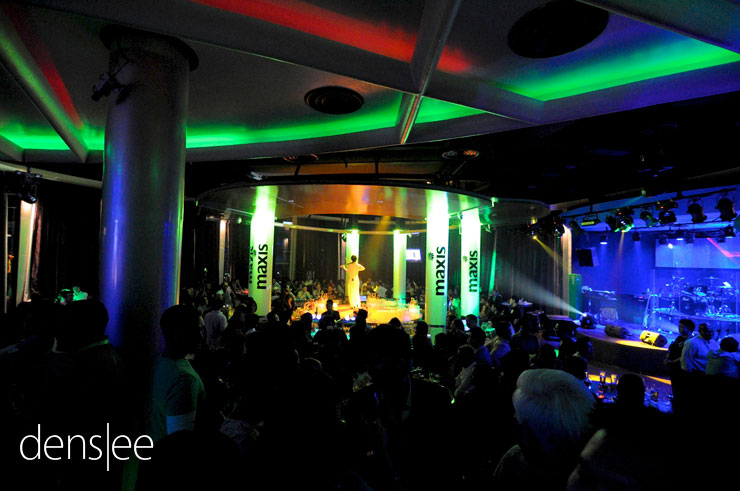 That was when I found out that there will be a lucky draw from that bunch of name cards we dropped in earlier after the launch during midnight.

We had time before the clock hits 12 so we walked around and met Kenny Sia.

We went down to the registration hall and witnessed the live broadcast of the countdown.

After that, we went back to the VIP Party and waited. The lucky draw didn’t start until 1AM where almost half of the people were gone.

24 iPhone 4’s were given out one by one. Swee Ping was the one who got it first, followed by Hendra. I almost gave up any hope when there were only 10 iPhones left.

When they were giving out the last 7th iPhone, I heard they were calling my company’s name, and the next thing I heard was my name! 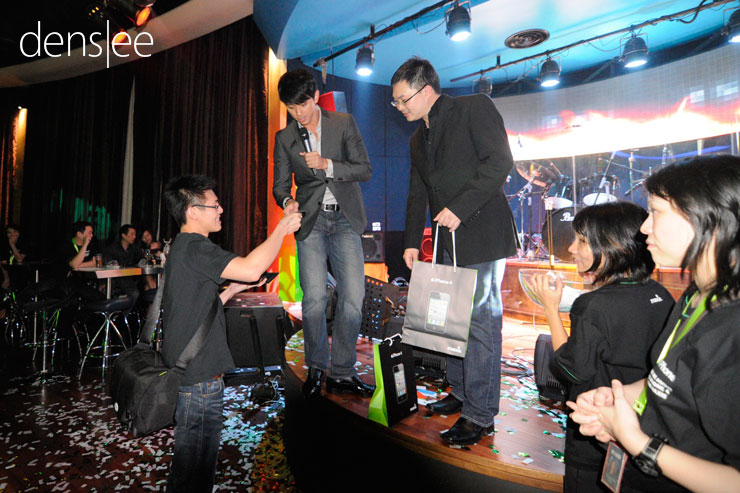 I was so freaking excited and jumping up and down and shouting and swearing and break dancing and did somersault all the way to the stage.

The truth is, I can’t really remember what I did or how I felt. All I can remember is I can’t stop smiling while feeling like I was dreaming. 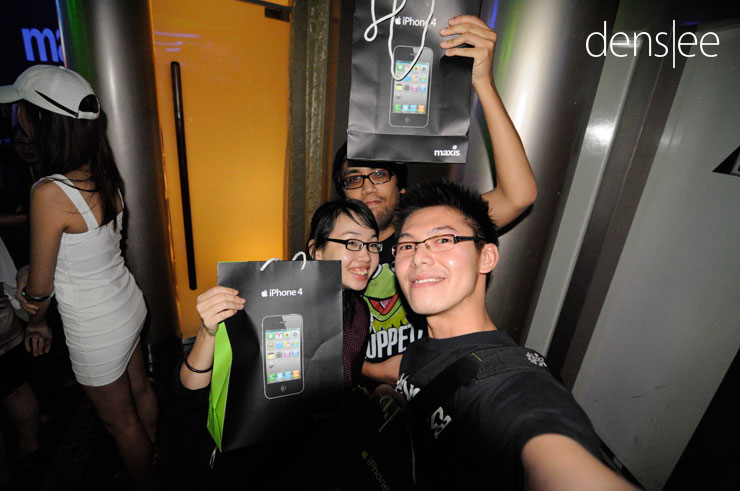 At the end of the night, all three of us walked away happily, with a big smile on our faces and of course, brand new iPhone 4’s.